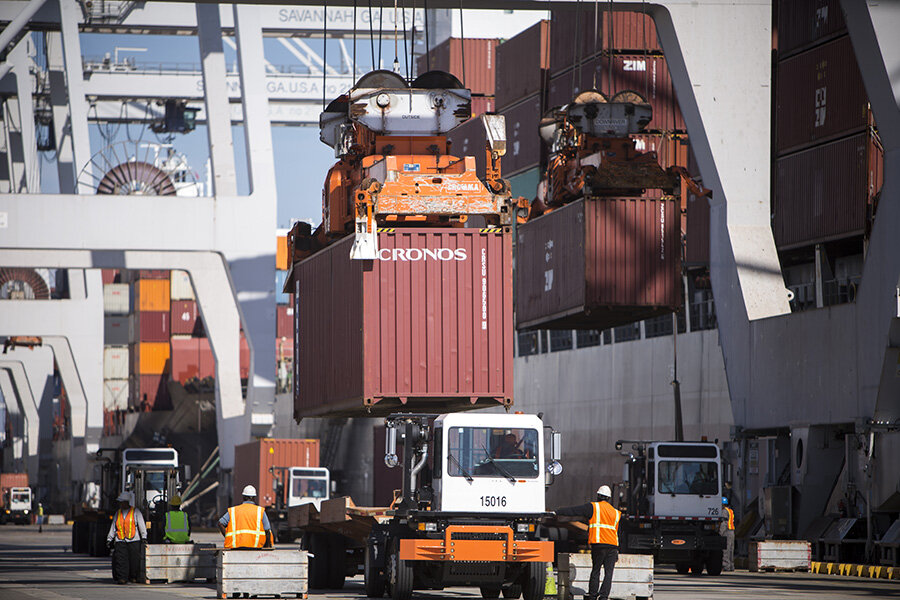 Lawmakers who back a border adjustable tax make two fundamental arguments: The new levy will raise massive amounts of revenue to help pay for business rate tax cuts and it will give a powerful jolt to US based manufacturers and jobs by boosting exports and trimming imports.

But there is a huge problem with these two claims: Both cannot be true.

A border adjustable system taxes imports and makes exports tax-free. In an environment when the US is running a trade deficit, such as we do today, the import tax would generate more revenue than the export exemption loses. Thus, the Tax Policy Center estimates that the House Republican border adjustable tax would generate about $1.2 trillion over the next decade and about $1.7 trillion in the following 10 years. And that is the money that Congress could use to slash business tax rates, a key component of the GOP tax bill.

But those revenue projections are based on a key assumption: The border adjustment would have little or no effect on the trade deficit. The argument, supported by most—but not all—economists, is that the value of the dollar would adjust relative to other currencies in response to the new tax structure. The American Enterprise Institute’s Alan Viard has explained the concept as clearly as anyone:

In the textbook case, a 25 percent increase in the value of the dollar would perfectly offset a 20 percent tax on imports and the tax exemption on exports. Thus, there would be no effect on the trade balance. University of California at Berkeley economist Alan Auerbach, one of the designers of the tax system, explains why here.

Retailers and other importers, some economists and—implicitly–the House Republicans, dispute this theory. They argue that while the dollar might adjust to relfect the new tax strcuture, it would do so more slowly and less perfectly than in the textbook case. If that happened, the nation’s current $500 billion annual trade deficit would shrink. Demand would fall for the $2.7 trillion the US imports in goods and services as higher taxes make them more expensive. And newly tax-exempt exports would be cheaper for overseas purchasers, and likely grow from their current level of $2.2 trillion annually.

If true, this alternative analysis would create two big problems. First, it means that the critics of the plan are right: US consumers would pay more for imported goods. Second, the border adjustable tax would generate much less revenue than supporters hope.

Why? If we export more, sales of those additional domestically-produced goods and services will be tax free, shrinking the amount of revenue Treasury would collect from those exporters. And if we import less, fewer foreign-made products would be subject to the new US tax, reducing the amount of tax revenue generated by sales of those goods and services.

In other words, because the trade deficit would shrink, the border adjustment would produce far less tax revenue in the long run than House Republicans (and TPC) project. Indeed, if the new system helped create a trade surplus, it would become a long-term revenue loser.

Finally, if the US adopted such a plan, domestic firms likely would find ways to characterize US sales as exports and foreign purchases as domestic, likely further reducing the US taxes they’d pay on their international trade.

All of this could make a bad long-term deficit problem worse. Even with the border adjustment, TPC estimates that the House GOP’s tax plan would add $3.1 trillion to the debt over the next decade and $5.3 trillion over 20 years. Without the promised revenues from the border adjustment, lawmakers would have to either swallow a much bigger increase in the debt or scale back their planned tax cuts.

Bottom line: Lawmakers who back the plan can’t have it both ways. Either it will generate trillions of dollars in new revenue or it will shrink the trade deficit. It can’t do both.

This story originally appears on TaxVox.